Agharo is a language, book, philosophy and tarot deck created by collective member Jaco Perroud. Each month we invite a guest to pick a card at random and create a mix inspired by its meaning.

Our 8th submission comes from one of our own dj collective members in Hary Shanthi. 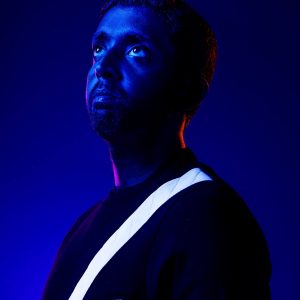 One is the beginning of the self, the start point of existence. One protects the self. The very essence of the spirit is engraved in it, to be guarded and cherish. One, we are to the self, we are bond and from it there isn’t escape. We see the world through the Self. From the self we create a reality. This is the one-self that lives in the pulsating stars and within God, the self that being born out of eternity blooms and then to imperishable returns, till the dust is blown and the fire extinguished.

What was the thinking behind this mix?

This mix is a personal but a courageous saga of a “Hero’s transcendence towards the Super Ego” taking inspiration from two great intellectual minds – Joseph Campbell (The Hero’s Journey) and Freud (The ID, Ego and the Super Ego). The ID (Impulsive/aggressive drives) which operates on the pleasure principle regardless of the consequences is dangerous. The Ego is that part of the ID which has been modified by the direct influence of the external world. Freud made the analogy of the “ID” being a horse while the ego is the rider. Often the ego is weak to hold in check the superior strength of the horse. Here comes the realization that the “HERO” needs the super ego (the ideal and moralistic higher self) to control the ID’s aggressiveness and persuade the ego (the rider) towards the direction of its core: where the ego merges with the super ego to become the one he has always been.

The mix has been segregated into three parts. The first part (ID) is represented by indigenous/tribal samples and personal edits. The first track on this mix is the voice over of “ Carl Jung’s” interview (1949) sampled and a track created by me to point out that the only real danger that exists is man himself (when he gives in to the ID). The second part (Ego) is focused on the experimental sounds and techniques representing the direction towards a uncharted territory in terms of cratedigging. The third part (Super ego) represents the direction towards new sounds: the rebirth and merger of the ego with the super ego. The result is a “hybrid set” that is in harmony with all the three components while still mastered by the super ego (the one’s self).