Number 18 in the Sinchi & Friend mix series is up and comer Bizzeea! from Russia. He has a coming LP being released by Nein Records and being picked up for a whole number of remixes from a variety of those in the know. If you don’t, then get acquainted with his mix and questions below.

My name is Vadim. I was born in Volzhkiy city. From childhood, I started to make music and play gigs in my native city. Then moved to Moscow and continued my musical development.

2) How would you describe your sound?

I think it is a melting pot. My father instilled a love for music, when I was a child. So from a young age, I loved to listen some cool stuff from rock bands from the 60’s or disco from the 80’s. As a musician, I try to make a compilation of other styles and introduce it in my own view of techno.

I have a long play called “Untape” forthcoming on NEIN Records. Some new tracks are in process and some already posted on my Soundcloud page. Now I am making a couple dJ mixes for other labels and also some remixes which are gonna out soon… but they remain a secret for now.

I have some tracks which I like to listen on repeat;

I just love to play Steve Parker – Acid Planet (Original Mix) at every gig…. I think it’s an immortal track.

6) What is your favourite tracks of the last 12 months? (Include both one of your own and somebody else’s)

8) What do you see when you look in the mirror ? The mirror 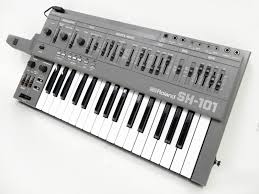 12) Something you do differently than most people? I can make a music sitting on the toilet.

13) One thing you’d most like to change about the world?  Nothing, but I really need a teleporter.