Mix number 17 in the Sinchi & Friends series comes from Freudenthal . One of the biggest characters in the scene and can always be relied upon for an interesting perspective on things… with a great flow of fantastic music released on Nein, Emerald & Doreen and Regith Records amongst others. Enjoy this top mix or as he would say.. Beep Beep

Beep Beep.
Tommy Freudenthal from Berlin Suburbia.
At your service.

2) How would you describe your sound?

Never was a fan of genres, love to tap into a big spectrum of inspirations and influences while keeping the sound picturesque
and emotional. Here and there trying to give back some melodic musicality to the overall rhythm based stream.

Its May and 2016 already was pretty awesome. After 2 Singles on my beloved NEIN Records in late 15, I released an EP on Emerald and Doreen and another Single on Spanish Logical Records this year, all of them are such a bunch of lovely people I have to say. Moreover Iam looking forward to forthcoming releases on SPA in Disco and Regith Records, Mexico. My touring highlight definitely will be the LA DAME NOIR on July 22.

That would be some Rimto Culto tracks.

6) What is your favourite track of the last 12 months? (Include both

one of your own and somebody else’s)

I think my own fav is “Occult Peregrination” on NEIN of course,

all though the forthcoming “BILDERBLAST” (NEIN) could become a new favourite.

One of my most played and beloved tracks in the last time is the Dombrance Remix of Theremynts “Robotique de l’amour”.

10) Glass half full or half empty?

The glass is a hologram. 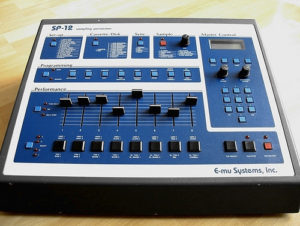 15) One thing you’d most like to change about the world?

17) If to live in a lost civilisation or culture, which one would it be?