Mix Number 6 in the Sinchi & Friends series is a seriously talented dj & producer called Oli Warriner. Having done a great remix on Sinchi’s Never Lost, Never Found EP, he will have his debut on Night Noise called ‘ Static’ released in May this year. Without doubt one of fastest rising stars in the UK scene, we recommend you watch this space…

1) Who are you?
My name is Oli Warriner I am a musician, producer and DJ living in Newcastle upon Tyne.

2) How would you describe your sound?
I don’t think I could specifically define my style of sound as I like to push myself down many avenues. Deep, analog and moving is how I would like to think of it.

3) What are your plans for 2016?
I have an exciting 2016 lined up for myself. Plenty of new releases to come over the following months on the likes of Nightnoise and Flight Recorder amongst others. I also have some very exciting news to be announced later on in the year. I can’t say too much about it at this point, but I have been working with a label that is very close to my heart to release a record around September time which will be my biggest project yet!
Plenty of exciting dates lined up in the calendar as well, 2016 has been treating me well.

5)What was the last record you bought?

One of the last records I have bought, META 83 – Black Hole.

I think Massimiliano Pagliara’s – Connection Lost would have to be my favourite of the last 12 months, its sound is incredible and a real journey.

From my own work a track I have finished called Static which is due to be released on Nightnoise come summer. I included a remix of it at the start of this mix.

9) Glass half full or half empty?  Half Full

13) Old piece of kit you like ? Minimoog Model D 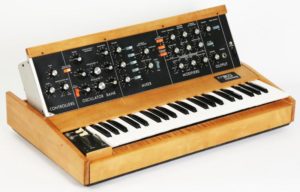 14) Where / Is there a line between creativity and insanity? There is no line.

15) If to live in a lost civilisation or culture, which one would it be? Ancient Greece