The Sinchi label goes from strength to strength with a combination of singles and compilation releases. Featuring remixes from such artists as Sascha Funke, Curses, Khidja, Roe Deers and Tolouse Low Trax to name just a few . All aimed at raising funds for social causes, such as our own Foundation, which focuses on the preservation of indigenous culture & knowledge. Read more via www.sinchi-foundation.com

All tracks are available via our Bandcamp. 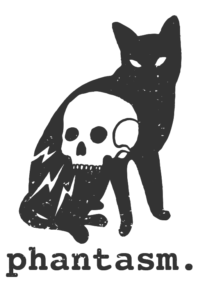 Phantasm is a vinyl label formed by Amsterdam’s Sinchi and Geneva based label NightNoise. Born out of a shared love for discovering emotive music . No genres or gimmicks, just a desire to give talented artists a platform to express, share and connect others to their world.

The 2nd release on the label is via fellow Amsterdammers the Pin Up Club featuring a remix from Germany’s Perel. Their music can be described as trippy leftfield electronica with dark disco and EBM flavours. For this EP they worked with natural ambient sounds as a background for each track. If you listen carefully you can hear dogs barking, crickets chirping and other ambient noises they recorded on their travels.

The first release on the label came via the Soviet Union including remixes from In Flagranti, Sinchi and 2017 rework from the artist themself .Cinematic and synth heavy in style.  This track was first written on a cold evening in December 2010 using a Roland TR707 and JX8P Synth. Whilst remaining under the public radar it received ID requests from many famous DJ’s all over the world. 7 years later it eventually got the exposure it deserved and released by us.